Jimmie Johnson and Hendrick Motorsports announced last weekend at Martinsville that Ally Financial would come on board the #48 full time in 2019 and beyond. A massive story in a sport where full season sponsors are few and far between these days.

While everyone clamored over the news of a “new” sponsor joining the series and doing so with a 7-Time champ I got skeptical, as I do. A 36-race sponsor is so rare in the sport now, who is this Ally Financial and what do they see in NASCAR? So I put on my big J journo hat and hopped on the trusty Wikipedia to take a gander and this is what I found.

Ally Financial was previously known as General Motors Acceptance Corporation (GMAC). Why does that name sound familiar to you? BECAUSE IT WAS PREVIOUSLY A SPONSOR WITH HENDRICK MOTORSPORTS. 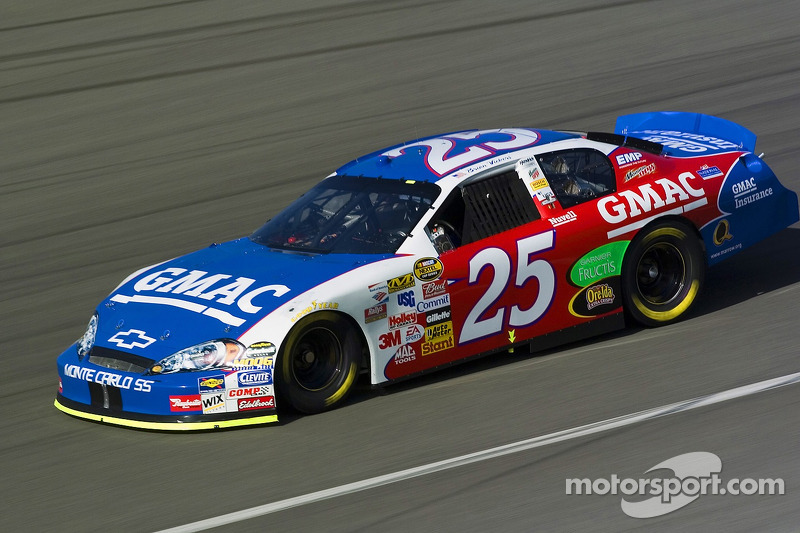 Ally Financial is no stranger to NASCAR, this isn’t a new sponsor. These guys and girls have been here for years. They just took some time off, renamed themselves after the recession and got a new, better logo. GMAC made the change to Ally Financial in 2010, same headquarters in Detroit, same everything.

In 2008 and 2009 the US Treasury Department invested $17.2 BILLION in GMAC as part of the automaker bailout.  Hence the ending of sponsorship with Hendrick Motorsports. Now a decade later the company is dishing out $25M a year to Hendrick Motorsports, everything is fine, that $17.2B has been repaid and things are back to normal!

Was This A Favor Sponsorship?

Now that we know Ally was formerly GMAC and had a long relationship with Hendrick Motorsports you have to wonder if this was a favor by GM.

Listen Jimmie Johnson has done a ton for Chevrolet. He has delivered 84 victories, 7 Championships and millions of Chevy plugs in interviews. Perhaps GM wanted to capitalize on Jimmie’s waning years by ensuring their brand was on the car for his potential 8th championship in 2019 or 2020 and perhaps his retirement tour. Lots of ROI there.

So was the sponsorship search for Jimmie Johnson coming up empty? Hendrick Motorsports said they had 6-8 companies interested in the #48 car. Or was this just a case of the manufacturer wanting to capitalize on their biggest driver?

It’s an interesting deal between two former partners getting back together. Either way, the #48 will be fully sponsored and that’s good for the sport.