After NASCAR’s Xfinity race Monday at the Indianapolis Motor Speedway race winner Justin Allgaier did a burnout. You know the thing every NASCAR driver does after winning a race. Dump the clutch, spin the tires, and celebrate like a degenerate. When Allgaier did that he laid some rubber over the yard of bricks.

Look at this shit. Why do you put up with this @IMS? pic.twitter.com/UKngErdx7U

“Elitist” race fan and unkept shelve haver David Land was among the outraged. “Why do you put up with this @IMS” asked Land. Likely because NASCAR pays to be there and those are bricks on the ground that saw 40 cars pass over them for 400 laps. And they’re bricks.

Have I mentioned that they’re fucking bricks? I don’t think I can state enough that these are bricks we’re talking about. No one did a burnout on a Bernese Mountain dog, a litter of kittens or even a small child named Brently who would deserve it with a name like that. Nope, we’re talking about bricks. The same things your house is built of. The same thing Jared Forrest threw at my head in the second grade. The same thing countless people piss on across this country outside of bars weekly.

Land is a purist who believes the bricks are sacred. They’re his version of the golden tablets and he’s Joseph Smith or something. As a racing purist myself I have to say I don’t give a shit about a burnout over the bricks. And here is why.

The ENTIRE track used to be bricks and they paved right the fuck over those. Maybe I really liked the bricks at the exit of turn 1. Doesn’t matter because racing on bricks in 2018 is stupid. That’s why a one-yard span of bricks is all that’s left. And I hate to break it to everyone, those bricks aren’t in their original location. 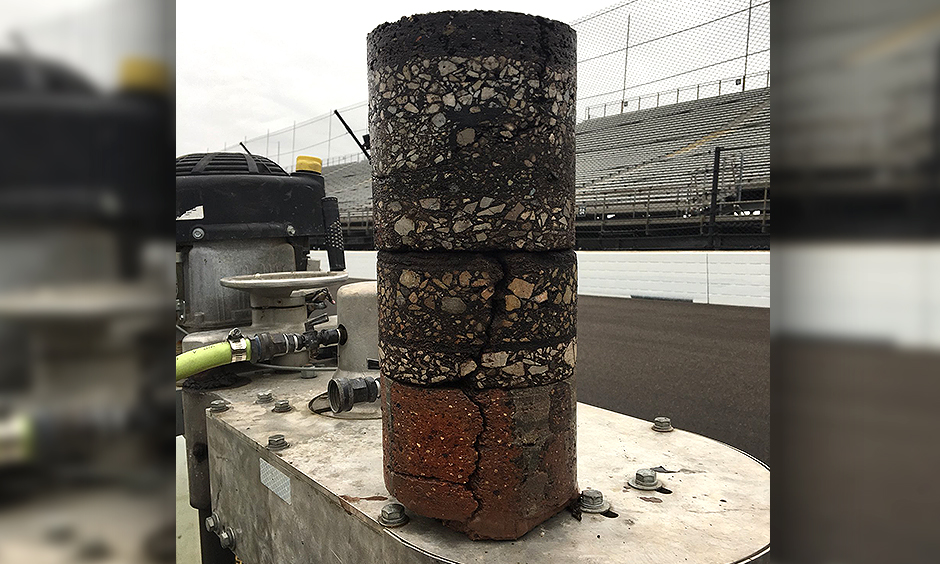 The yard of bricks should be about 14 inches below the track surface. The bricks aren’t that sacred if they were there would be a trench on the front stretch with the bricks in their original location. And Indianapolis would have a San Jose GP style jump on the front stretch.

Personally, I love the Indianapolis Motor Speedway and everything about the place. But come on guys these are just bricks. You can find them in the damn creek. Rubber washes away and the bricks will still be there. Don’t get on the internet and start saying things that sound like false equivalence and make a bigger fool out of yourself.