Daily Mail– McLaren’s beleaguered management are facing a revolt from disgruntled staff who are putting together a delegation to vent their frustrations to former boss Martin Whitmarsh.

Sportsmail understands that patience broke earlier in the week when racing director Eric Boullier led the usual post-race debrief in the Woking factory at which it was admitted they were at a loss to explain the car’s lack of performance.

Members of the shop floor were so furious at what they saw as the incompetence of their leaders that they plan to enlist Whitmarsh’s support as a last-ditch attempt to help turn around the ailing team.

If I could shout this from the rooftops and had a feeling my neighbors would understand the context of it I would. If McLaren can’t have Ron Dennis back running things in Woking the next best thing is Martin Whitmarsh.

Whitmarsh oversaw 20 wins during his tenure, the team finished Top 3 in the constructor’s championship 4 out of the 5 years. One bad year and McLaren ousted him like he was Sergio Perez. Unfair is an understatement and looking back it the move it was definitely the wrong one.

Since his departure, McLaren has won exactly zero races and only 2 podiums four and a half years ago. Not ideal and part of the reason has to be the culture change.

Bring Back The Evil Empire 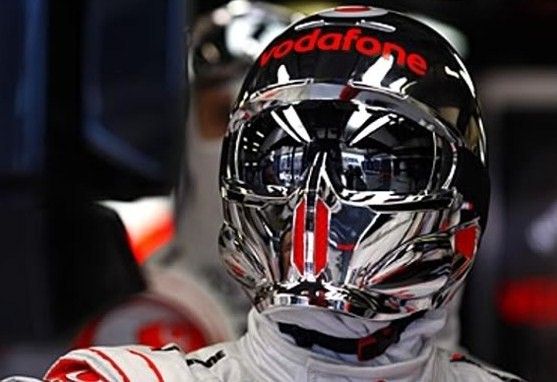 When I was a youth McLaren were the evil empire. They were the bad guys, Ferrari were the good guys and the sport had a legitimate rivalry. 10-15 years ago McLaren International was ruthless, they didn’t give a damn about discretion. Win races at all costs, kill the competition in the process and show zero remorse in the process.

Martin Whitmarsh isn’t a stone cold killer like Ron Dennis was but he’s more emotionless than Eric Boullier and the current pit wall at McLaren. A Martin Whitmarsh McLaren would never have donned an orange livery, they wouldn’t be thinking about Le Mans or IndyCar. McLaren has become too friendly in recent years, they’re trying to appease everyone.

What McLaren needs are emotionless eyes on the pit wall with one goal in mind. Win the race by 65 seconds, step on the throats of everyone else and don’t let up and until they’re absolutely gasping. Martin Whitmarsh can help to instill that evil empire like attitude back into the team at a time they so desperately need it.

Also, Martin Whitmarsh is best friends with a large McLaren stakeholder, look for him to be back with the Woking based team sooner than later.