NASCAR’s version of the PGA phone in rules officials has to be the r/NASCAR subreddit. The only difference is they don’t have a hotline to call in what they’re seeing on TV where some snitch on their couch in Boca can ruin Tiger’s day with the press of the keypad.

NASCAR’s First 48 investigators were at it again on Sunday following Kevin Harvick’s DOMINANT win in Las Vegas. Last season the Reddit investigators identified Chase Elliott’s team using vinyl/tape to manipulate the airflow over the car. NASCAR said they knew about it before Reddit posted about it, but did they really? Hard to tell but either way r/NASCAR was on top of that story from the beginning. The brain trust then asked about the roof hatch on Ricky Stenhouse’s on plate tracks which turned out to be nothing.

That brings us to Sunday and this time Kevin Harvick was under questioning. Did the #4 team modify the roof supports at the rear window to allow flexing?

Based on the pictures and videos that r/NASCAR has posted there was definitely something going on with the roof of the #4. Look at the picture below, the “H” in Busch on the roof and rear window are visibly flexing. Now people are quick to shoot down a conspiracy. Seriously, look at r/Conspiracy sometime and shoot holes in all their ideas. This conspiracy has some legs though, what exactly was going on with the rear window of that car and how did it pass post race inspection? Other cars showed signs of this but not to the extent Harvick’s car did. 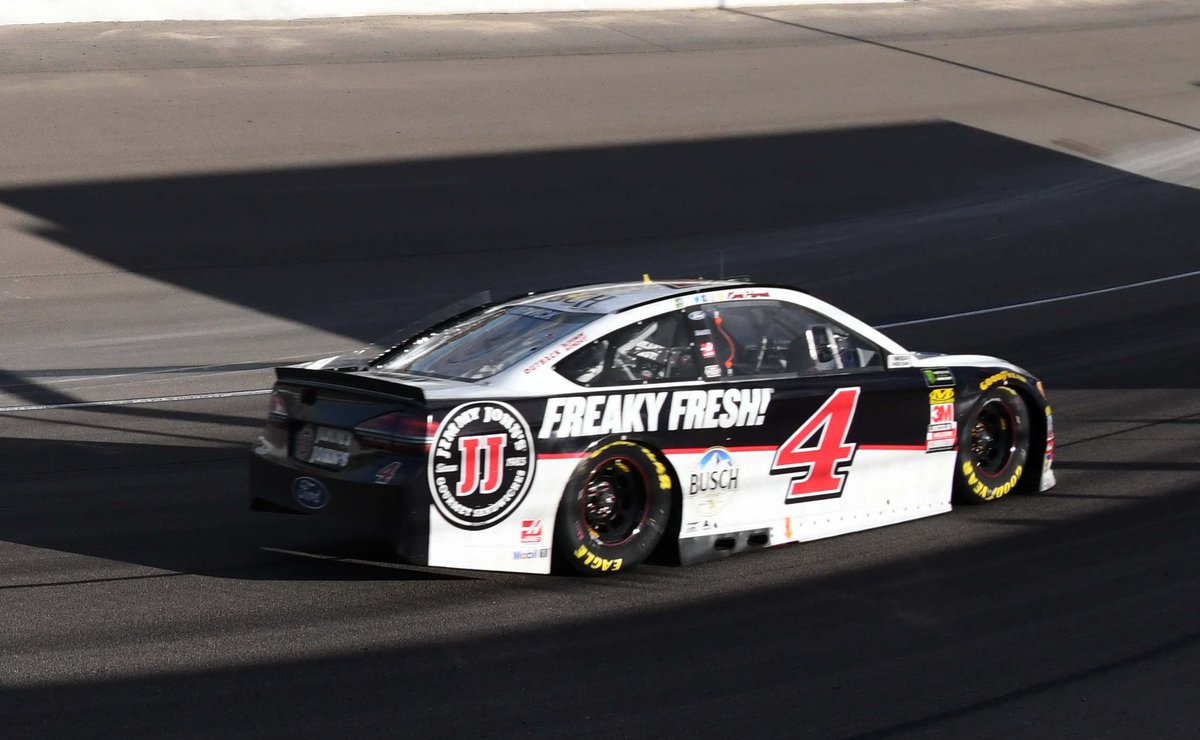 You can watch the video from FOX’s coverage of the last lap on Sunday. As the car enters turn 3 you can see the window flexing again. Multiple examples of the roof/window seeming to flex. It doesn’t follow the body line of the rest of the rear window. Something is definitely going on there but again, it had to pass post race inspection. If this was intentional the idea would be to get more air on the right rear side of the spoiler there. Las Vegas is a down force track so getting as much rear down force will allow them to run faster in the corners. If this was done on purpose it is pretty ingenious.

Watch the video, skip to 20 seconds in if you want to see it immediately.

Then There Is This

We’ve seen the low resolution picture taken off someones TV. A high resolution picture from Harvick’s victory lap seems to show the rear window in normal form. If you look closely at the “H” area again it looks almost completely normal, like nothing ever happened. The window line does seem to dip a little but nothing as major as the picture above. If the roof was flexing that much there should be stress marks, creases, something to show the metal bending that much. Then again there might be if you could zoom in further on the area.

If Rodney Childers and the #4 did manipulate the rear window I’d love to know how they did it. There is no vertical bracing around that area of the car unless they manipulated the track bar area. If there was you could have a collapsible bracket the same way cup teams used to have them on fenders/quarters pre-COT. Putting on my tinfoil hat here, maybe the team connected the driver controlled track bar to be able to adjust the wrench insert down and up to manipulate the rear window. That would result in a huge fine but a billion points for ingenuity. After all it could have been a part failure. Or Rodney Childers and his team found something much like the Toyota teams did last season.

Did the roof flexing give Kevin Harvick the win? Absolutely not. The #4 Ford has the field covered in terms of setup and horsepower. A little aero advantage never hurts either but Rodney Childers and his guys have found downforce somewhere in that package that other teams don’t have. NASCAR will announce penalties on Tuesday/Wednesday if there are any.

Either way the #4 team has made it clear they don’t plan on losing much this season.