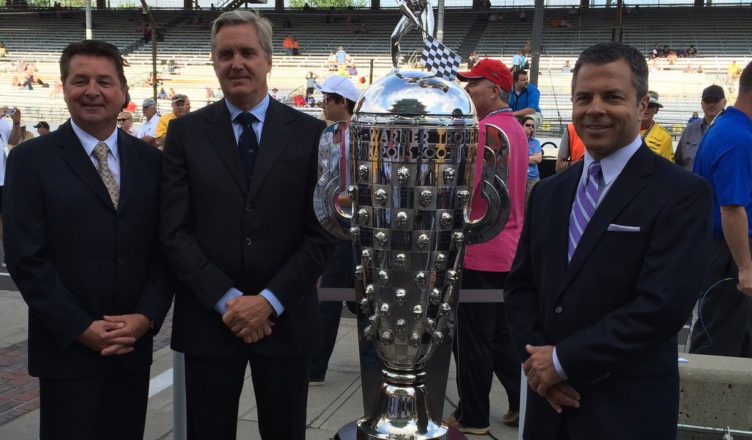 Motorsports industry know it all Adam Stern tweeted out Monday morning that NBC Sports appears to be the leader in the clubhouse to land IndyCar’s broadcasting rights. Praise the good lord above for blessing us with the news that IndyCar is in fact not incompetent anymore. Can we thank Lil’ B for this? We need to thank someone for ridding the world of ABC’s atrocious coverage.

After countless years of splitting the schedule with ABC/ESPN, NBCSN will take over the broadcast for all races in 2019 including the Indianapolis 500.

Industry buzz has started to peg @NBCSports as the favorite to land @IndyCar's next TV deal starting in 2019, but series CEO Mark Miles said last week that talks continue with multiple parties —

— Miles said he should have "pretty clear sense" soon.

NBC Sports started carrying IndyCar in 2009 on a 10-year contract when it was called Versus. You remember Versus, between NHL games and a random elk hunting trip there were 13 IndyCar races a year. Eventually, NBC smartened up and changed the name to NBCSN and put together a proper broadcast team.

ABC/ESPN have mailed in their coverage of IndyCar for years now. The Allen Bestwick/Scott Goodyear/Eddie Cheever booth is one of the worst ever assembled. Eddie Cheever has the personality of a concrete gargoyle, Scott Goodyear is your buddy who thinks he’s a doctor but has a degree in English and Bestwick is beloved even though his fake laugh makes you want to give your TV the people’s elbow.

ABC’s coverage STINKS. The obsession with focusing on the wives and girlfriends in the closing laps was beyond annoying. If Dario didn’t divorce Ashley Judd there’s a strong chance someone would have Nancy Kerrigan’d her ass. If they wanted to show Emma Dixon more though, we’d be fine with that. Sup?

The lack of excitement from the booth never made sense. That trio somehow made the Indy 500 boring if you were solely listening to it. Thankfully for IndyCar fans, it appears they will not be able to re-up their deal. The actual idea that IndyCar would even consider them for the next deal is mindbogglingly stupid.

Will the Indy 500 be on network NBC now?

How about qualifying, will NBCSN show all of Saturday and Sunday qualifying and not pass it off to the app? There was a time NBCSN would show the beginning hours of quals before handing off to the B-team at ABC.

Will Leigh Diffey and the broadcast team all stay the same?

Everyone has a lot of questions, one for sure thing is NBCSN will put more effort into IndyCar than ABC ever did. Original programming, better pre-race coverage and actual race recaps for NBCSports.com. ABC/ESPN could have built their own IndyCar brand that fans would have clamored for, unfortunately, they went with the bare bones approach. Not creativeness, no effort, nothing.