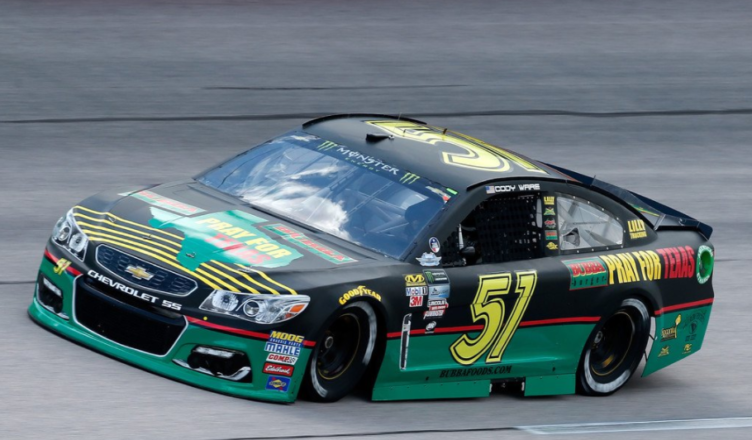 Cody Ware driver of the #51 Rick Ware Racing Chevrolet and the driver of the Cole Trickle throwback in Sunday’s Southern 500 came out swinging after the race. Emotional 21-year-old kids on Twitter are the most dangerous people on earth next to a chubby Korean with gout. Ware broke out his Twitter fingers and dropped bombs Sunday night. He went full on nuclear, throwing a haymaker at another driver and his wife.

RT to save a life pic.twitter.com/uhHdJoA7BZ

Twitter is a wild place and screenshots last forever. This has to be the most shocking moment in NASCAR Twitter history, nothing comes as close as this. Not the Greg Biffle peeping story, not the AJ Allmendinger snap chat stuff, not even the infamous Mike Harmon v. Jen Jo Cobb war of 2013. Cody Ware wins the game, no competition.

We don’t know if Matt DiBenedetto cheated on his wife or not, that’s not our place to explore. Maybe they have an understanding, who knows. Certainly not me sitting on my couch but Cody Ware seems to think he has a good idea. Going as far as saying he’s seen it.

UPDATE 2: Cody was present for the banging of other chicks. pic.twitter.com/N28FzYAN56

If NASCAR drivers are banging in front of each other things in the garage are way stranger than any of us would have expected. Also, begs the question, why would you invite Cody Ware to watch? Or if you’re Cody Ware why would you go watch? So many questions, so few answers.

Cody Ware just couldn’t contain himself. He gave everyone a lesson in what not to do on Twitter and how to absolutely ensure you will never attract a major sponsor. Ware also killed any chance of a big team looking at him, it was a longshot but Brandon Jones got a good ride, stranger things have happened.

Doubling down is the worst possible look for anyone that made a fool out of themselves. At least he knows he doesn’t have the maturity though. NASCAR back marker wars are the best wars in NASCAR. So much anger, so many words exchanged and literally nothing happens. It gives everyone something to talk about though.

Tim Richmond literally got AIDS from the amount of sex he was having. The NASCAR garage area has always been wild with women and scandals. We just never get to hear much about it unless a star dies or a backmarker feels bold on Twitter. So thanks to Cody Ware for the content and killing his career.