NASCAR Silly Season is in full swing and one of the hottest rumors in the garage (big j generic phrase usage) has to be what is Paul Menard’s future in NASCAR? It seems like he is likely done at RCR at the end of the season and rumor has it he isn’t ready to hang up the helmet yet. Rumors have linked him with The Wood Brothers and then with Team Penske, now we have some smoke to go with these rumors.

Matt Winters, renowned NASCAR insider snuck a picture from within the Team Penske shop yesterday of a car sporting the Menard’s colors. Day glow yellow, Ford Fusion sporting that iconic Menard’s logo on the quarters. Obviously it is an ARCA car with the red General Tire spoiler. Austin Cindric ran the #99 in select ARCA races last year and it appears he will be doing that again this season. The sponsor though certainly is interesting.

There are ARCA regulars that Menard’s could sponsor if they wanted to. Austin Cindric isn’t the best oval racer or even stock car racer at this point. So maybe Menard’s is just testing the waters, a slow roll out for a big reveal.  Checking out how Ford’s look in their colors in case they forgot. 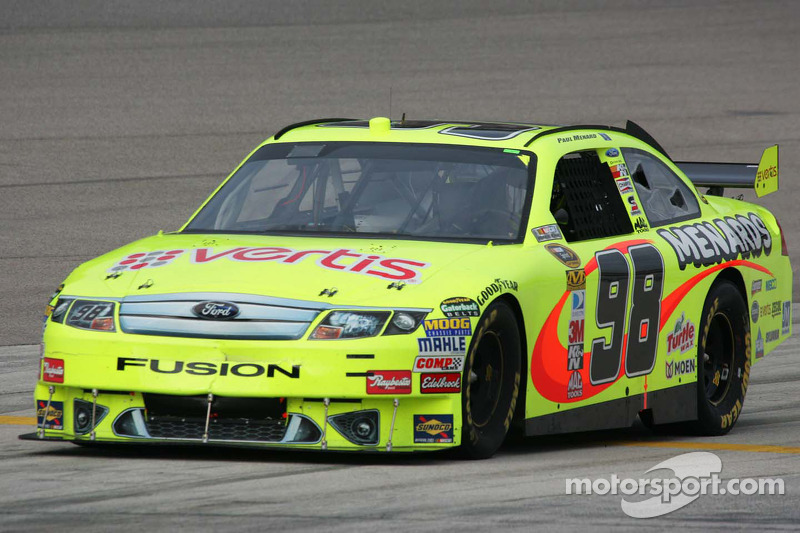 Keep in mind the rumor is Paul Menard will take over the #22 Xfinity car in 2018 when Tire Discounters moves to the #12 Cup car with Ryan Blaney. Menard will likely do a really good job in that car as well too. He’s one of those guys that is a borderline Cup talent but an above average Xfinity talent. He’s Elliott Sadler to the definition. That’s not a job, it’s good when guys realize their talent level and place in the sport.

Menard’s could easily just be sponsoring a limited ARCA schedule for Cindric or Chase Briscoe. Which is probably the case and they’ll kill all the rumors but for now: MENARD’S TO PENSKE!